We condemn the recent militarized RCMP raids on Gidimt’en clan territory against the Wet’suwet’en land defenders who are protesting Coastal GasLink’s incursion into their lands,  We call on the RCMP to stand down, and for the pipeline construction to cease immediately until full consent from all the Wet’suwet’en peoples have been obtained.

The Sudbury Workers Education and Advocacy Centre is a small non-profit organization made up of workers, students and community volunteers dedicated to improving the lives and working conditions of people in low-wage and unstable, precarious employment. Our mandate includes the responsibility of standing in solidarity with all those who are fighting to end injustice in all its forms. Without hesitation, we are responding to the call to action from Gidimt’en Checkpoint to stand in solidarity and support Indigenous land defenders.

The Coastal GasLink pipeline is being routed through territories that have never been ceded to Canada by the 5 clans that make up the Wet’suwet’en people. This ancestral territory that is not covered under any treaty, and the continued encroachment on the sovereign territory of the Wet’suwet’en people is in direct violation of both law, and the spirit of reconciliation that is espoused by the Government of Canada.

In 2021 we marked the first National Day of Reconciliation, we uncovered hundreds of unmarked graves at residential schools, and we saw BC ravaged by wildfires, the catastrophic results of climate change. In this context, the Canadian Government’s actions against the Wet’suwet’en land defenders as they oppose the Coastal GasLink Pipeline is unconscionable. We call on all settler peoples in Canada to condemn the continued construction of the pipeline and to stand in solidarity with Wet’suwet’en people.

Sign this petition and statement of solidarity to be sent to local banks in the Greater Sudbury R (RBC, TD, & CIBC)!

The Wet’suwet’en Land Defenders resisting Coastal GasLink have identified 3 ways in which you can provide support:

Go to yintahaccess.com to learn more about how to take action and spread the word. #ShutDownCanada #AllOutForWedzinkwa #WetsuwetenStrong

On November 18 and 19, heavily armed RCMP once again invaded Wet’suwet’en land to ram the Coastal Gaslink (CGL) pipeline through. [1] This 670 km long pipeline, which will transport fracked gas, is being forced through Indigenous territory without consent.

This escalation of violence was greenlit by the BC NDP government. [2] For all their promises about reconciliation, Premier Horgan and the BC NDP government have allowed Indigenous land defenders to be threatened at gunpoint and arrested for protecting their homes and lands against fossil fuel expansion. [3]

It’s unacceptable. We need to show them that there is a political cost to their hypocrisy. Already, the NDP is facing pressure from its own members. Next, we need to prove that the eyes of the country are on them too. So we’re going to do something big: Leadnow is hosting hard-hitting phone parties this week targeting constituents in key NDP ridings—to help people across the country tell the NDP to slam the brakes on CGL now. Will you join a phone bank to demand action?

The UN’s leading human rights body has said Coastal Gaslink violates the principle of consent enshrined in the UN Declaration of the Rights of Indigenous Peoples (UNDRIP). They’ve called for an immediate halt on pipeline construction unless consent is granted from Wet’suwet’en hereditary leadership. [5]

By allowing the pipeline to proceed, the BC NDP government is violating Wet’suwet’en and international law.

As British Columbia deals with the devastating aftermath of climate change-induced flooding that has left many communities without the critical support they need, it’s disturbing that the NDP is greenlighting the use of militarized police to force yet another fossil fuel project through unceded Indigenous lands. [6]

A flood of calls from hundreds—even thousands— of people across Canada could convince them to respect the rights of the Wet’suwet’en and call off CGL. Will you join a calling party to help people across the country pressure key NDP politicians and demand action? 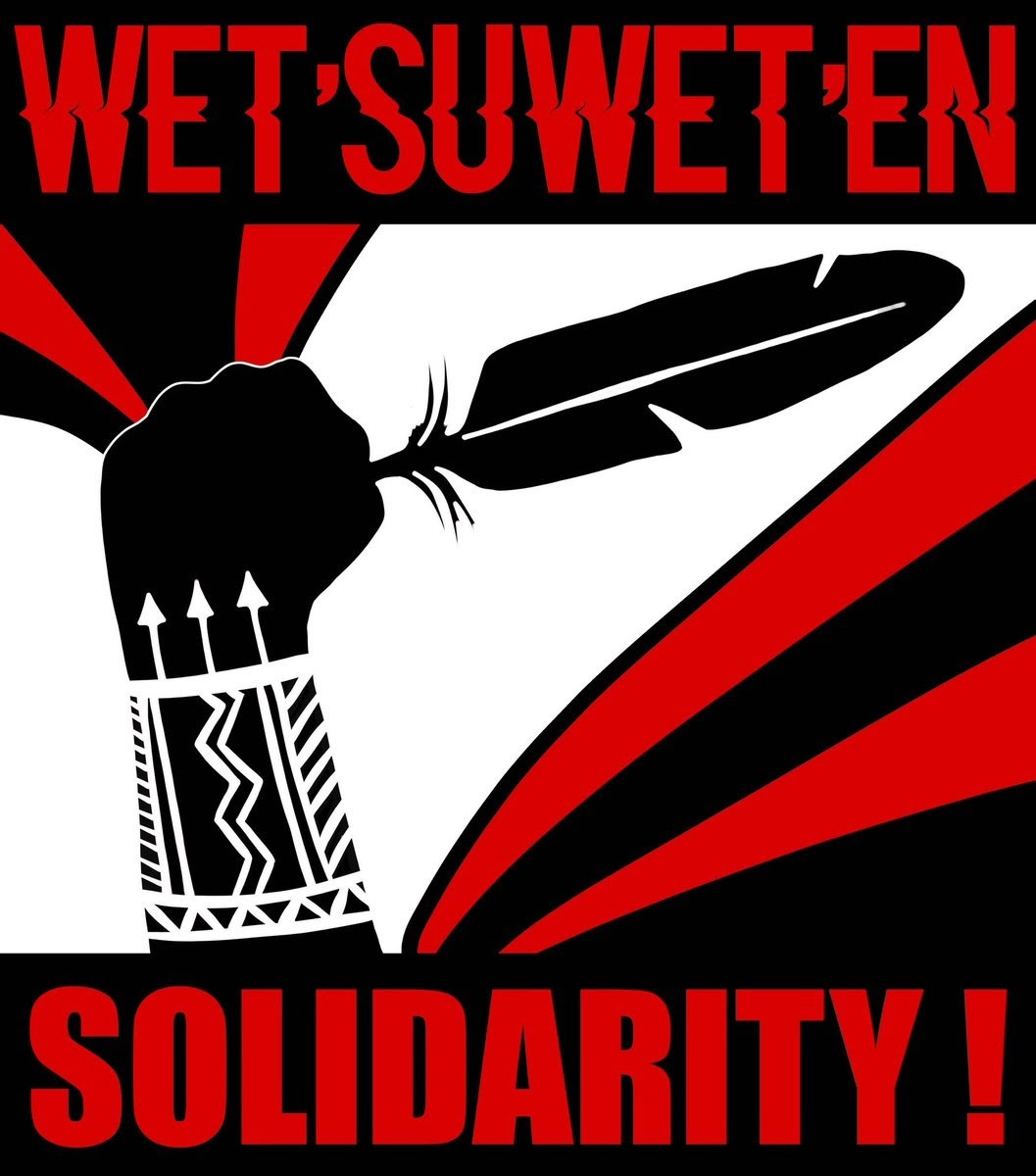 Adriana, Kate and Maggie for Leadnow